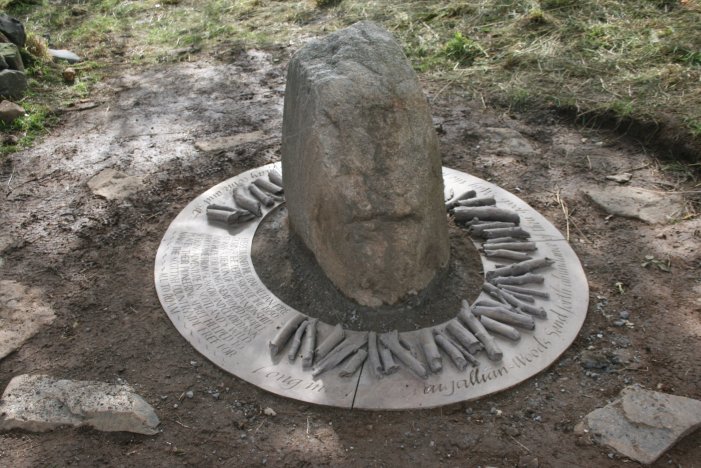 A cast concrete ghost fire marks the spot on the West Highland Way where a very real fire burned continuously during the 1930’s, round which unemployed workers from Glasgow sat, many who went on to form the major climbing clubs of Scotland, some of whom went to fight in the Spanish Civil War.

Commissioned by “The Friends of the Craigallian Fire”
2012